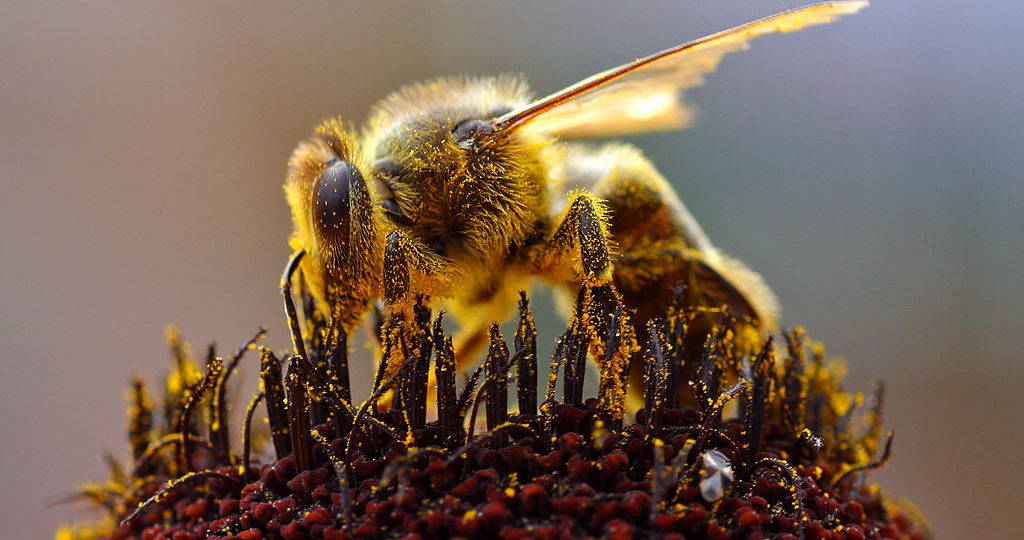 Although an unfamiliar term to most, “zootherapy”, the use of animals for medicinal purposes, has been a defining component of health and wellness traditions for the greater part of human history. In the modern era, development of advanced biotechnology and pharmaceuticals have mostly replaced this once common form of treatment. Recently, however, many researchers have been turning their attention toward how animals and animal products may have a potential role in modern medicine that the industry has yet to fully realize.

In a recently-published review article out of the Urban Bee Laboratory, authors August Easton-Calabria, Kristian C. Demary and Nola J. Oner discuss the medicinal properties of honey bee products and their relation to the insects’ own natural survival mechanisms. The authors explore the phenomenon of “social immunity”, a collective immune defense developed and shared by social animals like honey bees. Social immunity serves an important role in improving the health of a hive, but it provides benefits to humans as well. The article goes on to survey a wide array of literature showing evidence for the effectiveness of “apitherapy”, the use of honey bee products for medicinal purposes. Ultimately, the authors assert that bees should be recognized as an essential keystone species in the field of zootherapy, adding to calls for their conservation.

The Medicinal Benefits of Bee Products for Both Bees and Humans

Apitherapy is practiced using a variety of bee products, all of which the article discusses in detail. Here are just a few highlights:

Often referred to as “bee glue”, propolis is primarily used to build and repair the nest. Many hypotheses have also asserted that, beyond being a construction material, propolis is also used by bees as a sanitizing agent.

Propolis contains a variety of organic compounds called flavonoids, which have been shown to exhibit numerous antimicrobial properties. A controlled study demonstrated the effectiveness of propolis-based treatments over antibiotics in mitigating American Foulbrood, an often-devastating bacterial infection.

Propolis contains a variety of active compounds which are useful to human health, dating back in medical history to Ancient Egypt. The flavonoids found in propolis have been shown to be more effective than antibiotics at inhibiting the growth of certain bacteria, including those which cause typhoid fever.

One study identified the potential use of propolis in treating HIV/AIDS. Preliminary results indicated that propolis successfully limited harmful viral activity when examined in isolated cells. Further research is required to evaluate if propolis may show similar results in clinical applications.

Wax is best known as the primary construction material in a beehive, forming the network of hexagonal cells which bees use to facilitate reproduction, food storage, and more. In lab-based experiments, wax has shown to be effective in the resistance of bacteria associated with American and European foulbrood, as well as stonebrood.

Beeswax offers an advantage in medicine as a structural product that is also naturally antibacterial. It’s used as a bone wax in surgery to prevent bleeding from bone surfaces and to patch holes in the skull, although evidence suggests that its use may increase the risk of infection.

Venom is known for its use as a defense system in bees. Beyond being the primary cause of irritation following a sting, bee venom also contains a naturally antiseptic compound called melittin. Melittin has shown effective resistance to a variety of bacteria. Honey bees have been shown to spread venom on their bodies and around the nest, likely for the purpose of staving off harmful pathogens

The natural presence of melittin in bee venom has led to a wide range of research considering its apitherapy applications. Studies of melittin as an anticancer agent have shown its effectiveness in inhibiting tumor growth in mice, as well as in limited clinical studies.

The antibacterial properties of bee venom have also shown potential for treating antibiotic resistant strains of bacteria such as MRSA, a methicillin-resistant pathogen which causes a variety of infections in humans that are currently difficult to treat. Studies in mice and isolated cells have shown a recovery from MRSA-caused infections following venom treatment, but further clinical research is required. Bee venom also has potential for applications in the treatment of HIV/AIDS, with one study demonstrating the effectiveness of a bee-based melittin treatment in significantly reducing the presence of HIV in infected cells.

Perhaps the bee product most familiar to humans, honey is the colony’s primary adult food source and the key to a hive’s survival through winter. Honey is unique in that it can be stored indefinitely without becoming a home for pathogens. Honey’s low water content, low pH, and the presence of small amounts of hydrogen peroxide all make it inhospitable to the growth of microbes.

There is also evidence that bees will alter the chemical content of their honey in response to infection, choosing to harvest from flower varieties that include a higher percentage of defensins, organic compounds which help to drive the immune system in plants. For example, a study showed that bees which fed on sunflower honey experienced a significant decrease in Nosema infection as opposed to those which fed on honeydew honey. Nurse bees were found to harvest from sunflowers more in response to high rates of Nosema in the hive.

Honey has been used as a wound treatment for millenia. In the context of modern medicine, it is a highly affordable and potent antibiotic which has proven effective in resisting MRSA, E. coli, and a variety of other pathogens. Therefore, it has huge potential for wound treatment as it is so resistant to infection. Specifically, honey of the manuka flower from New Zealand has proven particularly effective.

Manuka honey was first approved for wound dressing by the United States Food and Drug Administration in 2007, and is now used in a variety of wound dressing products. Many brands use medical grade honey, which is produced in greenhouse environments and designed to maximize antibacterial capabilities.

Bee bread is a very different product from raw pollen. Commonly referred to as the same substance, bee bread is actually pollen that has been lacto-fermented by microbes produced in the worker bees’ foregut. Before being consumed, bee bread actually undergoes the same chemical process which gives things like sauerkraut and sriracha their distinct flavor.

Within the hive, bee bread is important as the primary source of food for larvae, and as the primary source of protein for worker and drone bees. Its high concentration of amino acids, lipids, and other micronutrients like vitamins make it essential for bee health and development. Pollen enhances immune function in bees in a way which other food sources cannot. Recently, a major concern for bee health is that this immune function is being undermined by a low diversity of pollen-rich plant varieties on modern, monocropped farms. Access to a wide variety of raw pollen creates a rounded micronutrient diet for bees, much like how humans benefit from eating a wide variety of vitamin-rich fruits and vegetables.

Bee bread has been shown to be an effective treatment in rabbits for conditions involving high cholesterol, even in contexts in which pharmaceuticals have not yet found a solution.

Bee bread is also a known detoxifying agent, in some cases reversing the liver damage sustained by mice which had been poisoned. In several additional studies, the introduction of bee bread to poisoned mice demonstrated high antioxidant activity, and sped up the removal of toxic substances from the bloodstream.

Like many other bee products, bee bread has been shown to hold a variety of antimicrobial benefits. Notably, pollen extracts were shown effective in inhibiting the development of E. Coli, as well as several different kinds of yeast.

Royal jelly is a key food source in the development of larvae, and is the only food source for the queen bee throughout her lifetime. Continuous feeding of royal jelly sets off developmental changes which lead to a larva’s transformation into the queen. This allows her to live upwards of 2 years, compared to workers which live for only a few weeks in the summer.

Like bee bread, the primary substance from which it is created, royal jelly is abundant in protein and micronutrients. Due to its role in larval development, royal jelly is high in particular antimicrobial compounds that improve resistance to American foulbrood. Royal jelly has also been found to contain octanoic acid, a substance which repels the destructive mite Varroa. These natural antimicrobial and parasite repelling properties are all aimed toward maximizing survival rates during the larval stage.

Royal jelly is commonly sold as a nutritional supplement due to its abundance of amino acids, antioxidants, and vitamins. Research has been done demonstrating the possibly antitumoral properties of the product, but it has yet to be tested in the clinical setting.

While there are a number of possible applications of royal jelly in medicine, directly consuming it can be dangerous to humans. There have been documented cases of death and other severe cases as a result of an allergic reaction to the substance.

Adding to calls for conservation of these essential pollinators, the recent review article out of the Urban Bee Laboratory demonstrates the importance of honey bees even outside of their own ecosystems. Beyond supporting the world’s food systems, these organisms could potentially solve some of medicine’s greatest human health issues. Due to this potential, authors August Easton-Calabria, Kristian C. Demary and Nola J. Oner advocate for designating honey bees as a keystone species in the field of zootherapy. Ultimately, they assert that bee health is not simply limited to the hive, but is a vital component of human health as well. 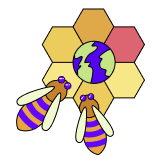 Discover how honey holds the secret to healing our planet.

Honey is a snapshot of plant landscapes making it a powerful (and tasty!) research tool for understanding ecosystems.

This map reveals the plant origins of honey, informing us about what best feed bees. Each dot represents a data set from our HoneyDNA project, which uses genomics to identify all the plant DNA found in honey samples.