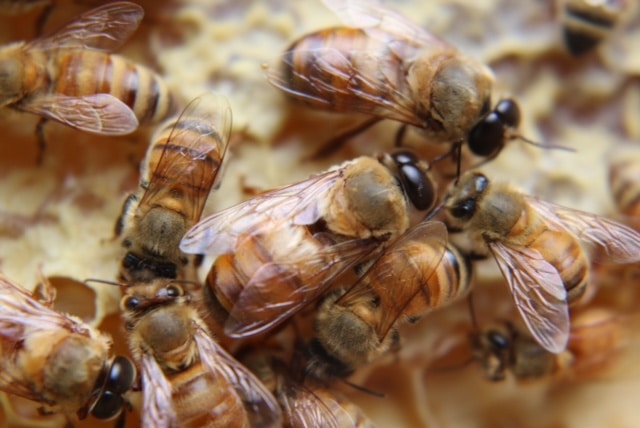 Little attention has been given to the health of drones (male) honey bees. After all, they do not forage for pollen and nectar. They are, however, critical to the fitness of a colony. During the queen’s mating flight, she mates with multiple drones (over 10), which not only supplies her with a lifetime worth of sperm, but also ensures genetically diverse offspring. What does sperm viability and colony failure have in common? Queen failure. In North America, beekeepers have seen an increase in queen failure with 50% or more of their queens needed to be replaced within 6 months as opposed to 2-3 years. What could lead to queen failure? Some possible causes for queen failure are: poor mating, pesticides, and pathogens.

Two studies (Pettis et al., 2016 and Straub et al., 2016) looked at the possible causative factors in queen failure and both studies point to reduced sperm viability. Pettis et al. (2016) tested sperm viability from queens that beekeepers rated as healthy or failing. The healthy queens had significantly higher sperm viability (av.=92% alive) compared to failing queens (av. 54-55%). They also investigated a possible cause of sperm death in the queen’s sperm storage area (spermatheca): extreme temperature spikes (4°C, 40°C). Mated queens from the same commercial breeder were randomly assigned to either control (30°C), or treatment groups of: 1, 2, or 4 hours at 4°C or 1, 2, or 4 hours at 40°C. Sperm viability was then assessed 6 days later from sperm stored from the queens’ spermathecae using fluorescent dyes: live cells are dyed green, and dead cells are dyed red. Exposure of queens to either extreme temperatures, even for just one hour, resulted in a significant reduction in sperm viability. Pettis et al. (2016) also sampled newly mated queens obtained from 6 different commercial breeders. They showed a wide variation in not only sperm viability (60-90%) but also in pathogen levels (DWV, BQCV, and Nosema ceranae). Deformed Wing Virus (DWV) and Nosema ceranae are transmitted via multiple routes, including drone semen.

How can we better protect drones?

We need to decrease drone exposure to harmful chemicals, pathogens, and Varroa mites. 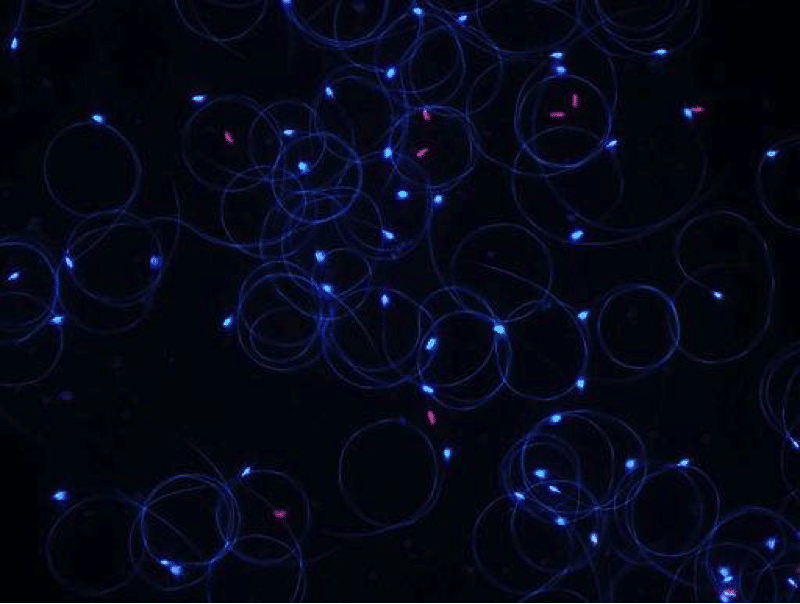 Fig. 1: This photo by Lars Straub shows a microscopic image of sperm of a honey bee drone. The red sperm is dead. The blue is alive.

Learn more about this issue here.

Apples are one of the 21 main crops that utilize pesticide spraying, according to a study by the Economic Research Service and USDA

Pesticides in the Field: What Do We Really Know?

Seed coating is the most common way neonicotinoids are applied.

How Do Neonicotinoids Affect Bees?